Rosa Parks became an international civil rights icon of the movement after her Montgomery bus boycott and defiance. Rosa Parks quotes, which over the decades have become the fighting ideology for many generations.

The date of December 1, 1955, was regarded as a watershed moment in the modern Civil Rights movement in the United States, when an unknown woman refused to surrender her seat in the "colored" section to a white passenger in Montgomery, Alabama. After that, she was arrested for her defiance and charged with violating segregation laws, though she was not sitting in the "white" space. This brave woman is Rosa Louise McCauley Parks, and Rosa Parks quotes have a big impact on her fight against social injustice.

Rosa Louise McCauley Parks (1913–2005) was an influential civil rights leader. Her inspiring action led to international efforts to put an end to racial discrimination in America. While she died on October 24, 2005, at the age of 92, her legacy as one of the most influential African American women of our time lives on, and she was also recognized as 'First Lady of the Civil Rights Movement' and 'The Mother of the Freedom Movement' by the United States Congress.

We have collected several quotes by Rosa Parks for you to get inspired by her pivotal role in the Civil Rights movement. These include Rosa Parks quotes in her fight for equality, civil rights quotes, quotes about being emotionally tired and drained, and her most iconic quotes from the bus boycott. 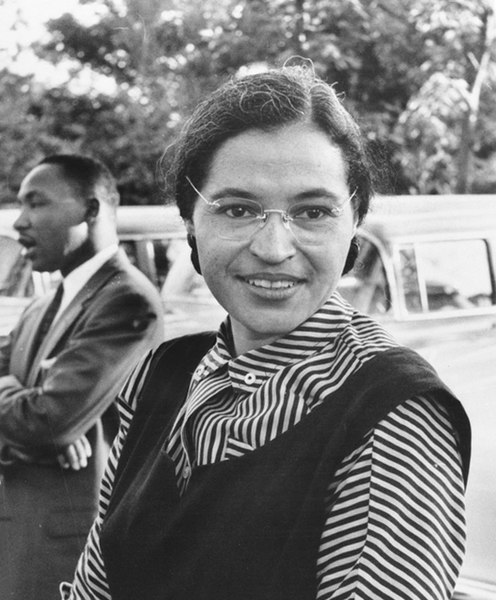 “I had given up my seat before, but this day, I was especially tired. Tired from my work as a seamstress, and tired from the ache in my heart.”

“I’d see the bus pass every day. But to me, that was a way of life; we had no choice but to accept what was the custom. The bus was among the first ways I realized there was a Black world and a white world.”

“I have learned over the years that when one’s mind is made up, this diminishes fear; knowing what must be done does away with fear.”

"Racism is still with us. But it is up to us to prepare our children for what they have to meet, and, hopefully, we shall overcome.”

“During the Montgomery bus boycott, we came together and remained unified for 381 days. It has never been done again. The Montgomery boycott became the model for human rights throughout the world.”

"I would like to be known as a person who is concerned about freedom and equality and justice and prosperity for all people."

“From the time I was a child, I tried to protest against disrespectful treatment.” “We must have courage — determination — to go on with the task of becoming free — not only for ourselves but for the nation and the world — cooperate with each other. Have faith in God and ourselves.”

“God has always given me the strength to say what is right.”

“People always say that I didn't give up my seat because I was tired, but that isn't true. I was not tired physically … No, the only tired I was, was tired of giving in.”

“I do the very best I can to look upon life with optimism and hope and look forward to a better day, but I don’t think there is any such thing as complete happiness.”

“I believe we are here on the planet Earth to live, grow up and do what we can to make this world a better place for all people to enjoy freedom.”

“Life is to be lived to its fullest so that death is just another chapter. Memories of our lives, of our works and our deeds will continue in others.”

“Stand for something or you will fall for anything. Today’s mighty oak is yesterday’s nut that held its ground.”

"Differences of race, nationality or religion should not be used to deny any human being citizenship rights or privileges.”

"Memories of our lives, of our works and our deeds will continue in others.”

"To bring about change, you must not be afraid to take the first step. We will fail when we fail to try."

"Whatever my individual desires were to be free, I was not alone. There were many others who felt the same way."

“Have you ever been hurt and the place tries to heal a bit, and you just pull the scar off of it over and over again.”

“It is better to teach or live in equality and love ... than to have hatred and prejudice.”

“The overseer beat him, tried to starve him, wouldn't let him have any shoes, treated him so badly that he had a very intense, passionate hatred for white people. My grandfather was the one who instilled in my mother and her sisters, and in their children, that you don't put up with bad treatment from anybody. It was passed down almost in our genes.”

“There were times when it would have been easy to fall apart or to go in the opposite direction, but somehow I felt that if I took one more step, someone would come along to join me.”

“To this day I believe we are here on planet earth to live, grow, and do what we can to make this world a better place for all people to enjoy freedom.”

“I learned to put my trust in God and to see Him as my strength. Long ago I set my mind to be a free person and not to give in to fear. I always felt that it was my right to defend myself if I could. I have learned over the years that when one’s mind is made up, this diminishes fear; knowing what must be done does away with fear.” 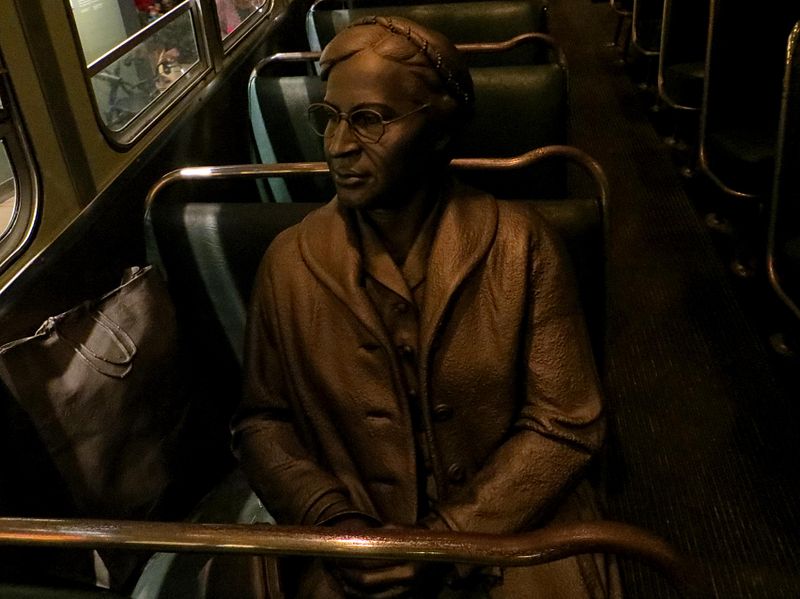 Rosa Parks had spent her entire life working for equal citizenship rights for all humans of any race. Her contribution would always live on historic flow.
Here is a collection of Rosa Park quotes for you to muse. If you like this suggestion then why not take a look at other MELANINFUL blogs.